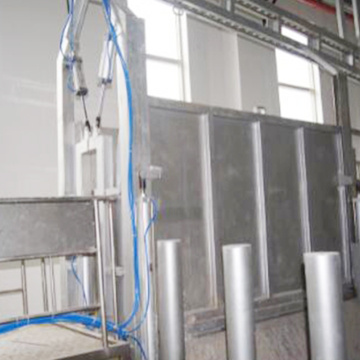 The traditional pneumatic flap stunning box is the facility equipment of live cattle hanging for cattle slaughtering equipment. After the cattle is stunned, overturn and hung up to the bleeding conveyor line. The rolling box is mainly composted of cattle head clamping device, a flap box body and a pneumatic control system. The cattle head clamping device is convenient for cattle to be stunned and restricts the cattle head. The lower cylinder lifts the cattle jaw and the left and right cylinders clamp the cattle neck to ensure the stunning result. This flap stunning box is working with cattle driving machine, and it is better to operate and beneficial to the safety of operators.

The traditional pneumatic flap stunning box is mainly used for live cattle slaughtering, and it has a primary flap and secondary flap device. After the first flapping, the hind legs of cattle exposed and tied it; After second flapping, the cattle slipped out of the flap box, hung up to the bleed orbit line, and killing it.

The machine including one set of pneumatic flap, pedals and supporting rack who is firm and not deformed. Comes with cattle head fixing device, which double cylinders control the cattle head, and single cylinder controls the cattle neck. The bottom plate of flap box level is freely rotated at any angle between 0-45°. Equipped with a pneumatically controlled side panel lifting cylinder, the cattle can smoothly roll down from the flap box by controlling the angle of the bottom panel and the opening degree of the side panel.

When flap box working, connecting the air source with control system, adjust the air pressure to 0.6-1.0 MPa. The cattle enters the flap box, closes the inlet door, pushes the cattle to the proper position with push device, then opens the head clamping device to clamp the cattle head, and the operator stunning the cattle and let it fall down to ground. Then release the cow head clamping device, open the side cow door, and at the same time, the bottom plate of the flap box is controlled to a certain inclination by the cylinder, so that the cow slides out of the flap box.

1. Gently drive the cattle into the turning box. When in place or working, avoid impact and damage to the cylinder, and avoid excessive force on the hand-operated valve.

2. Only after the corbel has completely entered the flap box, the door can be closed to push the corbel.

3. When tying the corbel, pay attention to the position of the operator and control the operation procedure. 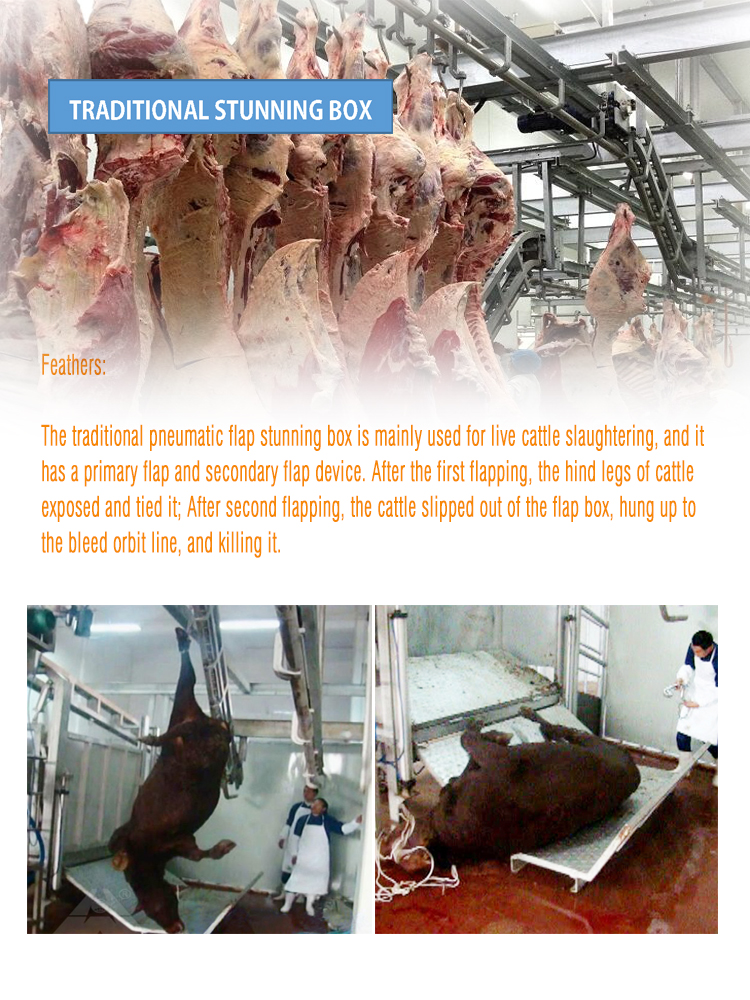 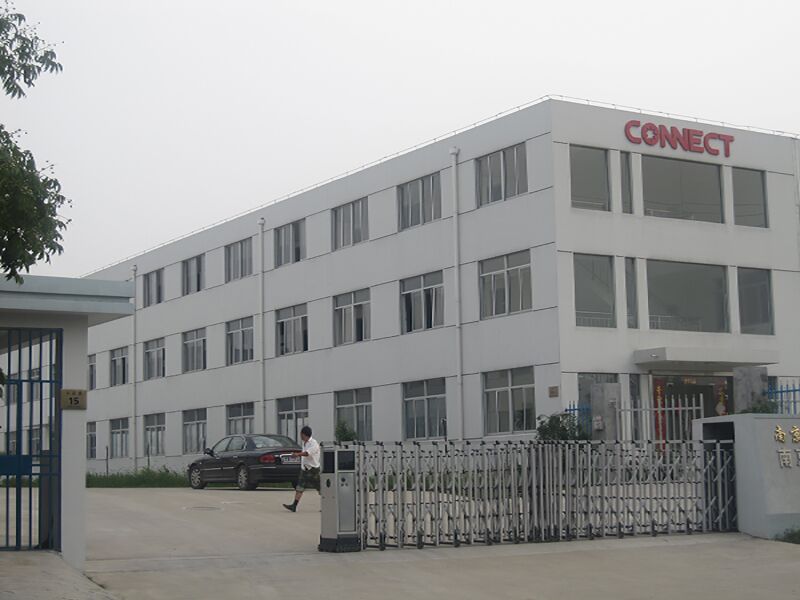 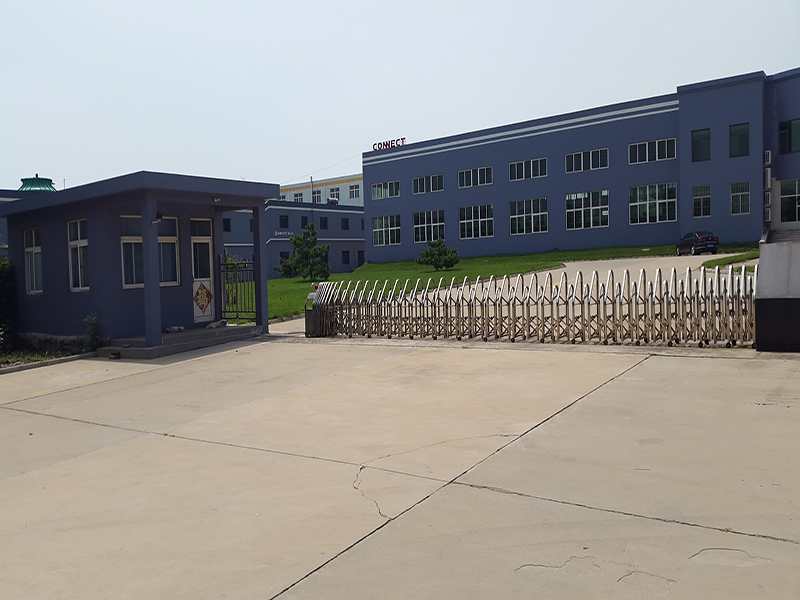 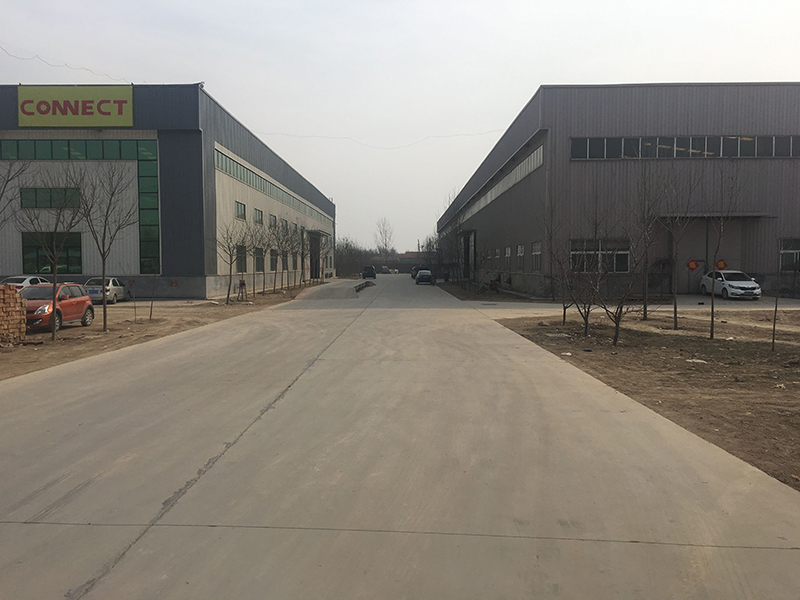 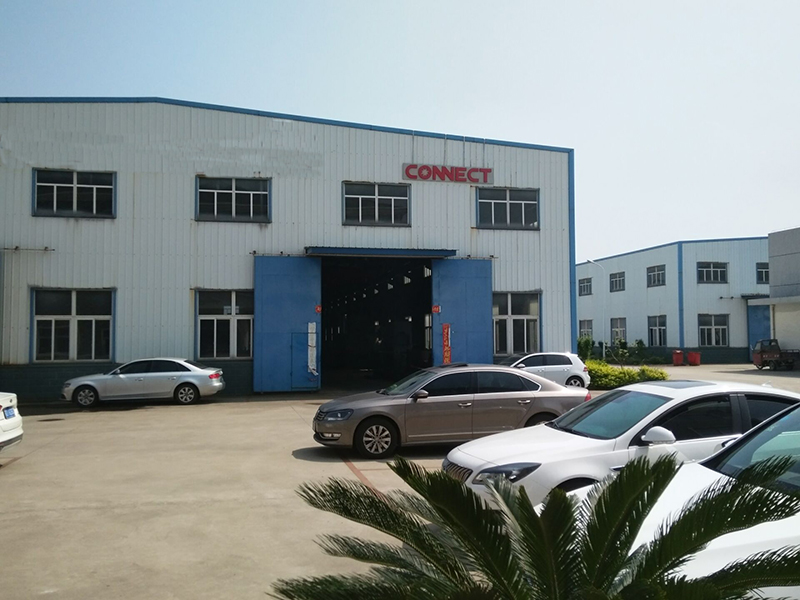 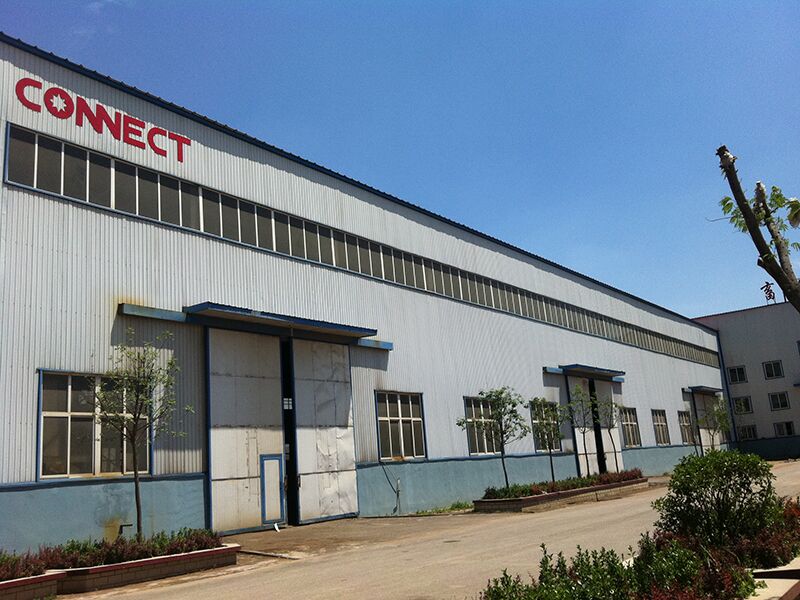 TURNKEY complete poultry project provider ,whole chicken business package solution for all clients. CONNECT Group is one of the leading poultry project package solution provider, the products and services including all the chicken field, start from egg hatchery, breeders raising, chicken parents raising, broiler house raising, broiler cage system, layer cage system, poultry processing equipment, fridge, rendering equipment for both poultry and animals waste. Our group totally have seven companies, which including one poultry processing equipment manufacture, two rendering equipment manufacture, one broiler equipment plant, one fridge equipment construction plant, one trading company which responsible for marketing and Import and Export, and one Industrial company, we also cooperate with Netherland poultry processing equipment supplier JM to build fully automatic poultry processing plant, which covers the shortage of fully automatic Evisceration and cut-up equipment in China market. CONNECT high quality performed equipment and experienced installation team, good after services system achieve a high quality poultry project for all clients. Equipment quality is the soul of the our company, Innovative is power for us constantly growing, good after services is the guarantee for quality project we make, feedback from clients help us growing self-improvement,Affirmation from clients bring us great proud of our work. CONNECT have the qualified products certificate to different countries in the world, UL,ASME, SONCAP, CE CONNECT exclusive service is project feasibility study, project finance which start from 4 million US Dollars which is up to 85% of the whole project equipment investment, project management. Join with CONNECT to build your quality chicken project. CONNECT looking for the qualified distributor who works in chicken field and understand the chicken farm project to build local selling base in different countries. If you are interests join with us pl sent email to us at support@slaughther-machinery.com for further application. CONNECT successfully build many projects in more than 30 countries worldwide, the projects scale from small to millions US dollars. CONNECT Project world: 1.Poultry raising Complete turnkey project including pre-fabricated house, equipment, installation,Management. 1.1 Broiler shed - ground, on net, cage system raising with complete equipments 1.2 Breeder and Grad parents shed -- with chain feeding system, drinker, .... 1.3 Hy-Line cage system --Pullets and layers farming in Battery cage system, or H cage system , with complete feeding, drinking, ventilation,egg handling, manure handling system 2.Poultry processing Equipment Packing solution for building, all processing equipments, Slaughterhouse- Full automatic and semi-automatic with different capacities, from 500 BPH to 12000BPH Fridge ----- Blast freezer, cold room, freezing tunnel, spiral freezer for slaughterhouse use Rendering equipment- Rendering not only waste from poultry, but also for animals, rendering poultry wastes, animal wastes of hog, cattle, sheep,blood,... Other type of animal carcass into high protein meal which as the additive for different kind of feed.